Little House I used to Live In

Little House I used to Live In

The small building to the right is a playhouse that uses the pump house for a foundation; my Dad built it when i was twelve or so. It was my bedroom for a while.

The house is one story in the front, two in the back, due to the slope of the land. When it was first being built in 1956-57, they had to move the whole thing twenty feet to the left of its original planned location when they hit a year-round spring precisely where the right front corner of the foundation was supposed to go. 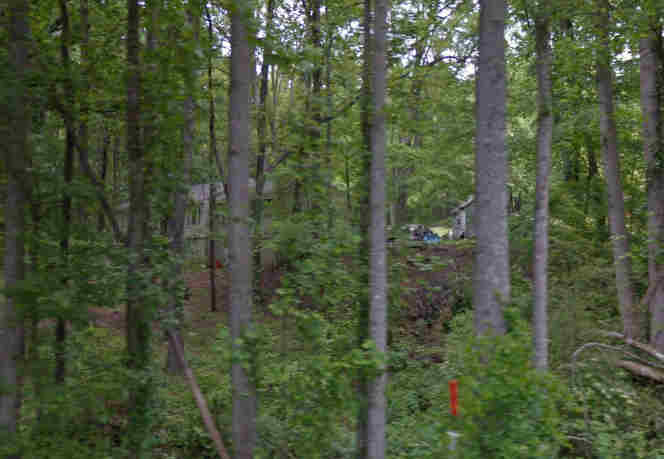 One creek runs parallel to the road through the trees in the foreground; another runs a hundred yards or so behind the house at right angles to the first, and they merge slightly to the left of this viewing position. The combined creeks used to then cross under the road about a quarter mile to the left and form a decent sized farm pond.

There is now a housing development sitting there, and i can't figure out what happens to the creeks after they cross the road.