One important thread of the Wapsi story-line has been that of the sphinxes... powerful beings who have protected humanity against unrestrained demonic infestation for many thousands of years.

Most of them aren't even remotely safe to be around.. They're inclined to "protect" humanity against demons which break the sphinx-defined boundaries of behavior by slaughtering the demons involved, along with whatever humans the demons were inhabiting.

Monica and Shelly and Tina have all (I believe) mentioned the fact that many human cultures have adopted or used the symbol of the sphinx as an apotropaic ("protective") sign, on their buildings and temples - presumably out of some knowledge or memory of this violent-but-essential control of the demons which would otherwise make life on earth even more of a torment than it often is.

This tradition remains alive into modern times in many Asian countries.

When my wife and I were in Asia a few months ago, I saw some examples of this tradition in Myanmar (Burma). The best were a pair of manuthiha ("man lion") sphinx statues at the base of a staircase in the Shwenandaw Monastary in the city of Mandalay. The monastary is also the home of some quite amazing wood carvings of different sorts of winged beings - whether these are intended as manuthiha, demons, angels or devas, or ? I'm not at all certain.

I had the chance to buy a small brass casting of a manuthiha in a craft shop in Mandalay, passed it up, tried to find another one later (in several countries we travelled through) and failed... and have been hating myself ever since. It was quite interesting... apparently modeled after a decoration used at the corner of the building, it portrayed a manuthiha with one human head and body, and two small lion-like bodies going back at a 90-degree angle from one another. Each lion-body had its own wing or wings. Haven't seen one like it for sale on the net, unfortunately. 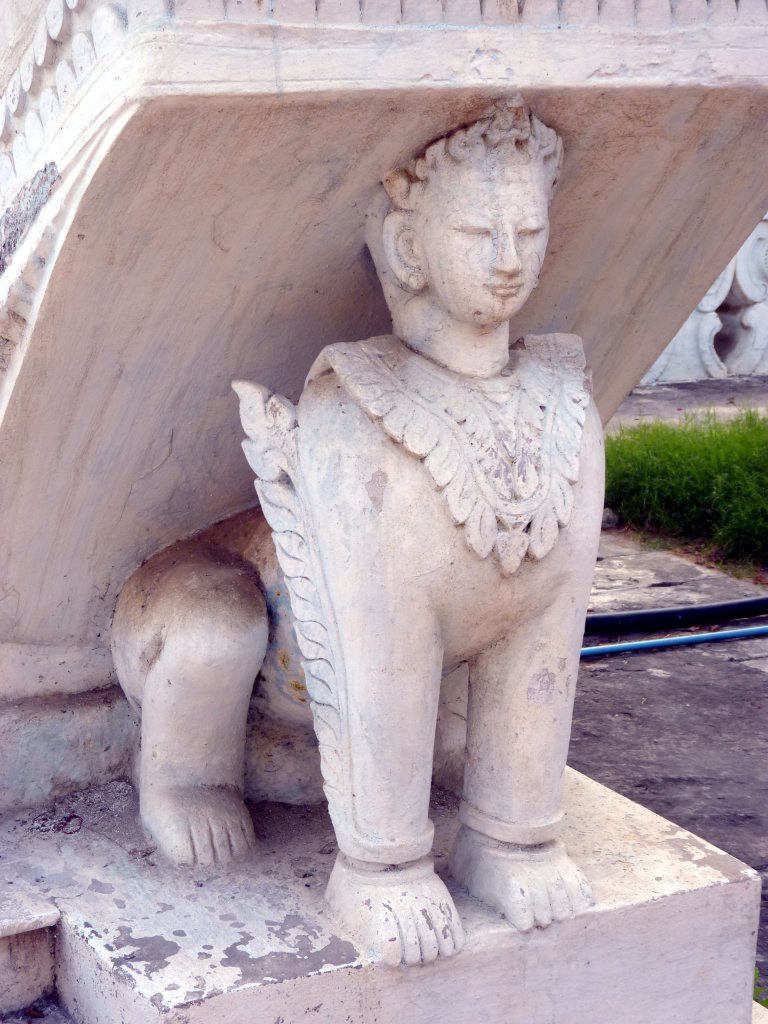 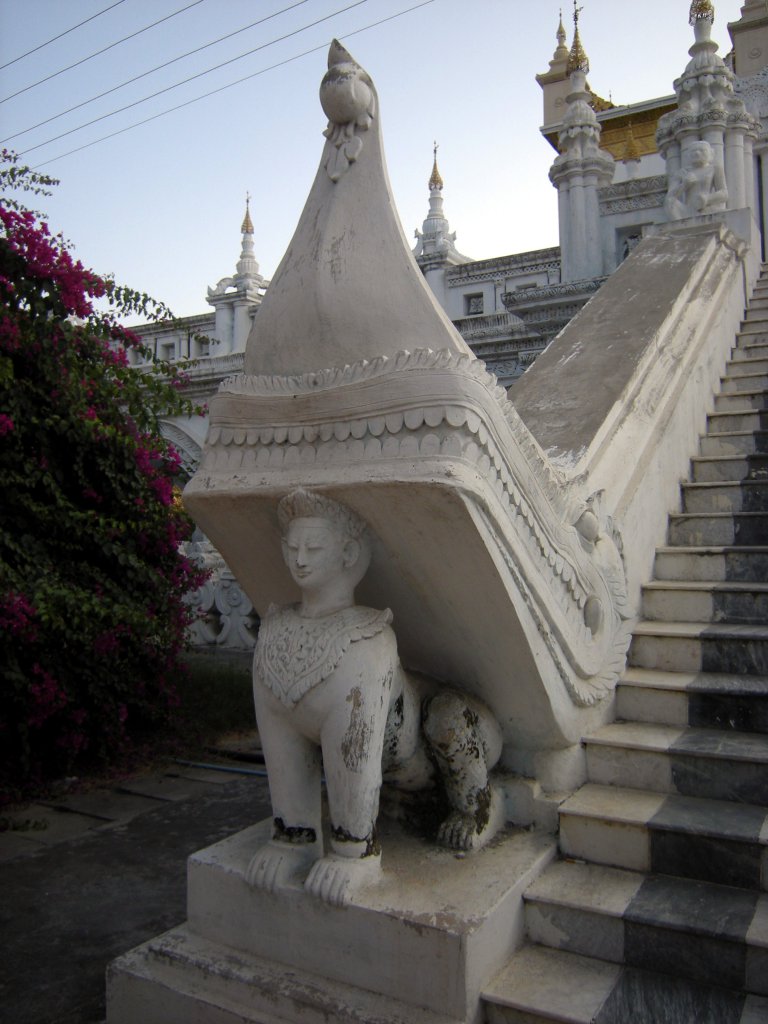 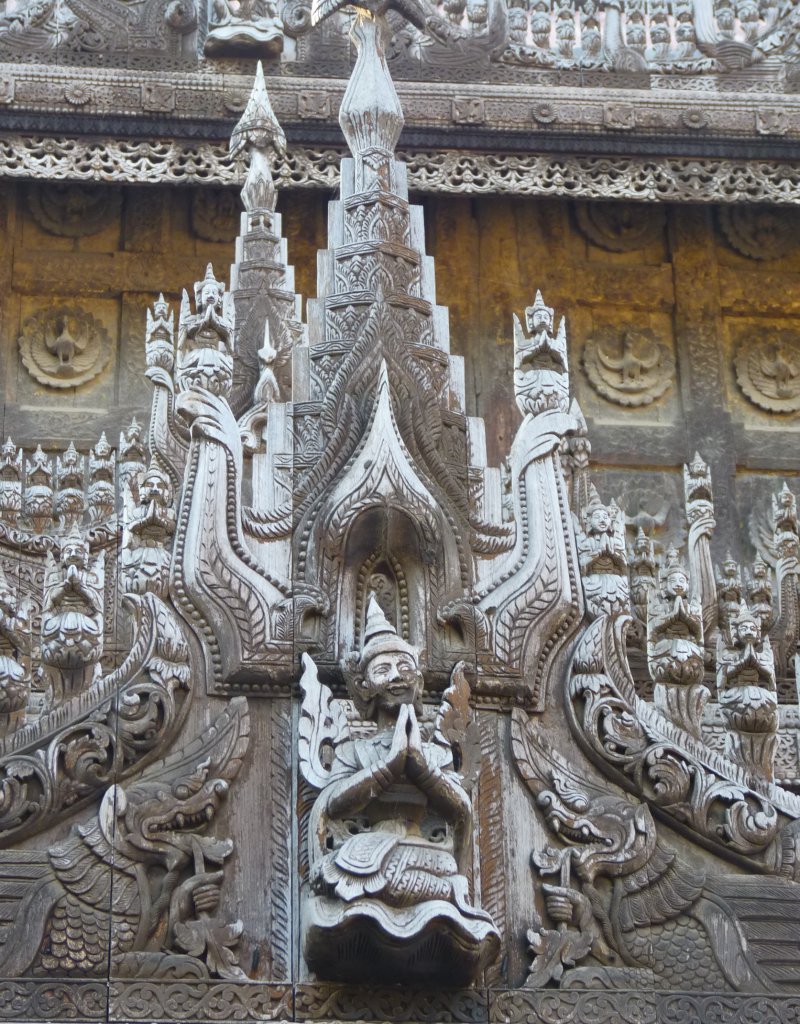 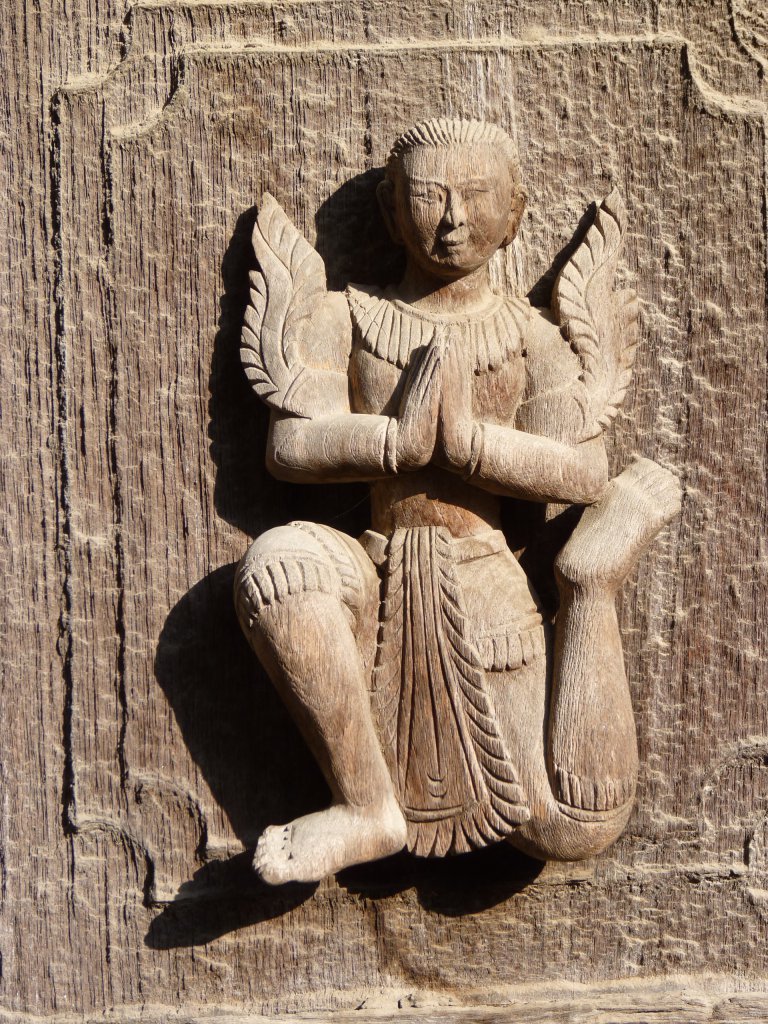 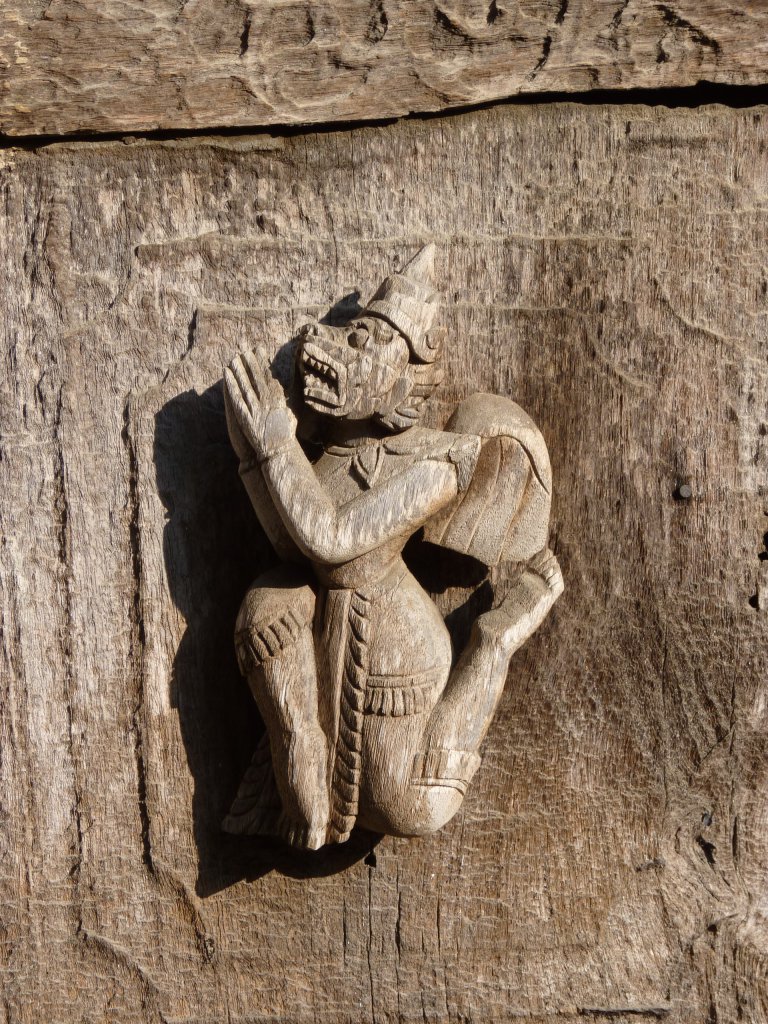 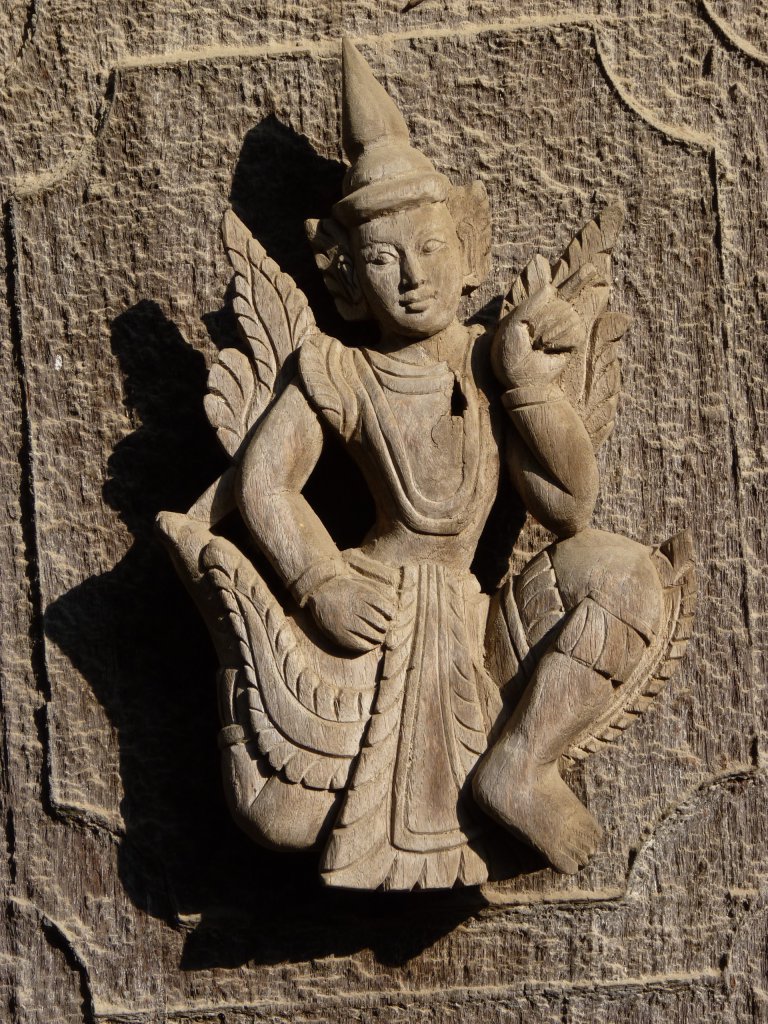