A place to discuss the world of Wapsi Square
http://forum.wapsisquare.com/

That's as bad as when Mattel admitted that Ken got that blank look and blank crotch from dependence on phenobarbiedolls.

by Dave
I'd say that joke's a weaner!

All the "cat that ate your new shoes" stuff and NOBODY mentioned this... unless i missed it... 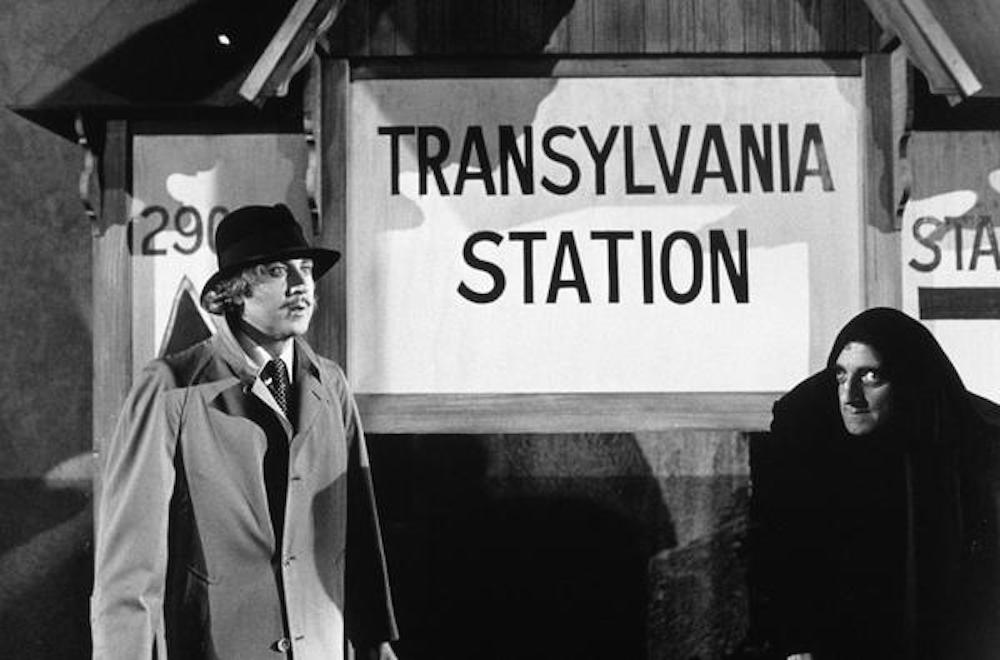 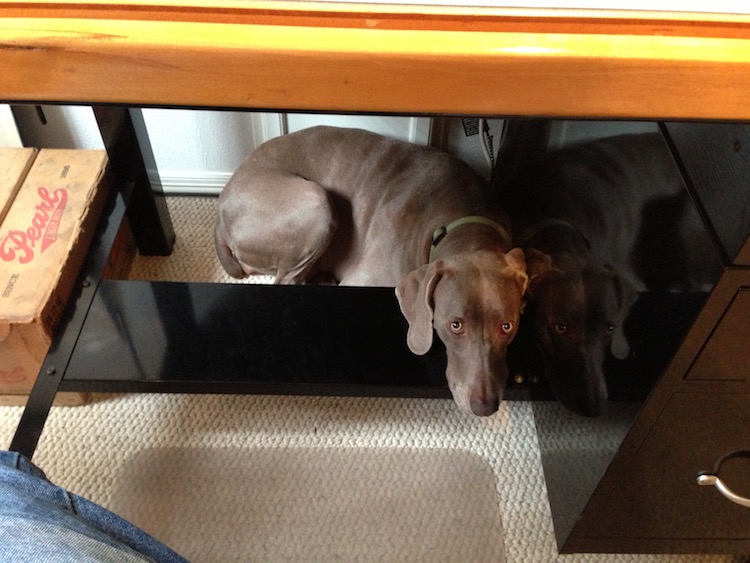 by Sgt. Howard
What's the difference between an Irish Wedding and an Irish Wake?

by Alkarii
You ever hear the joke about the woman who farted in a jar?

Well, if you had been in the jar, you would have heard the joke. 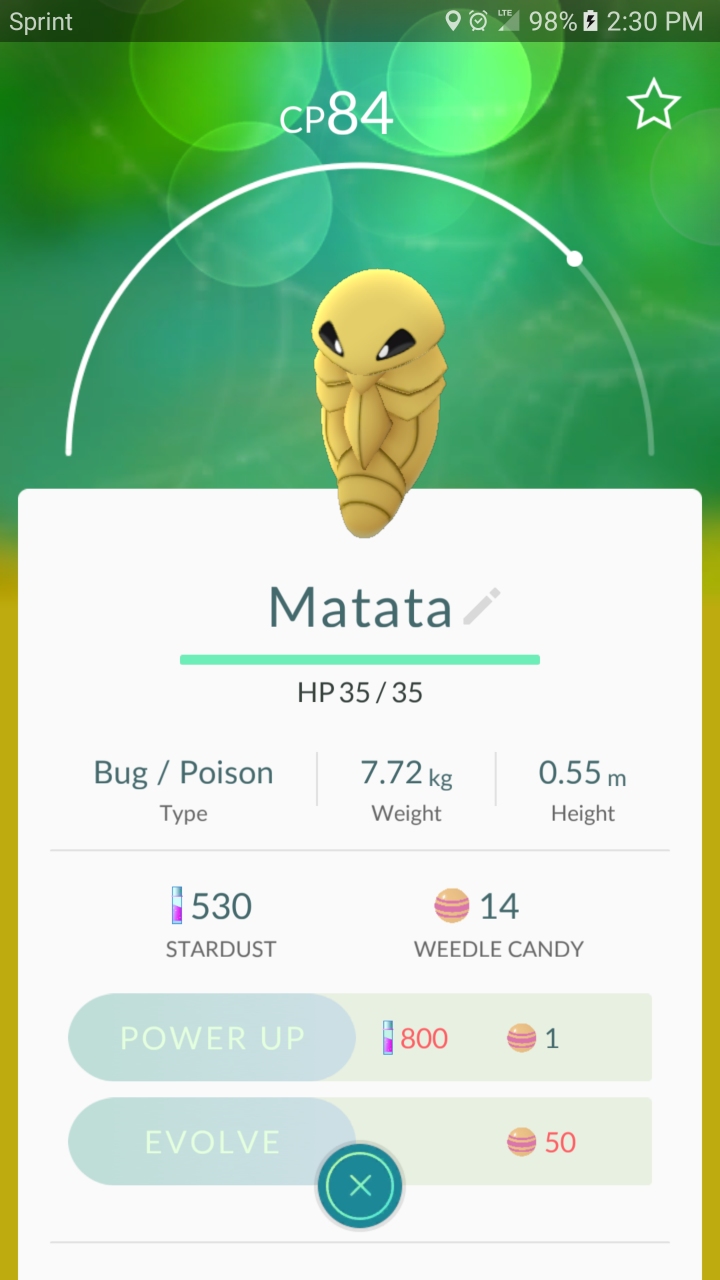 by Sgt. Howard
I used to think I was apathetic... but then I realized I just don't care. I have been told I am ignorant- but I don't know what to do about it. I did learn this- you can't tell a pun to a kleptomaniac, they take everything... literally... A centurion walks into a bar and orders a 'Martinus'. The Bartender says, "Don't you mean a 'Martini'?" The Centurion replies, "If I wanted a double, I would have ordered a double!"

by jwhouk
I can't take responsibility for this one:


Once there was a man who drove the train for a living. he loved it; it was something he’d wanted to do since he was a little boy. His favourite part was making the train go as fast as possible.

One day, however, because he was going so fast, the train got into an accident. Now the man made it out safely but unfortunately, one passenger died. So, the man was put on trial, found guilty, and sentenced to execution.

The day came when the man was meant to be executed and he requests a banana for his last meal. He ate his banana, sat in the chair, and the executioner flipped the switch. Sparks flew, but the man emerged alive.

Now, around this time there was a law that stated if a person were to survive an execution, it was a sign of divine intervention and the prisoner was to be let go. So, the man was released.

He got his job back as a train driver, and having learned nothing from his previous mistakes, continued on driving the train recklessly. Of course, the train soon got into another accident.

Now again, the man was put on trial, found guilty and sentenced to death. And, for his last meal, he requested two bananas. So, he ate his bananas, was strapped into the chair, and the executioner flipped the switch. Once again, the man was totally fine, and released.

Now, would you believe that he got his old job back again? Our reckless train driver seems to have learned nothing, because he continued to drive the train overly fast and recklessly. Of course, he got into an accident for a third time.

Once again the man was put on trial, found guilty, and sentenced to death.

The day came and he requested his last meal - three bananas. At this point the executioner said, “No, I’m sick of you coming in here, eating your banana and walking out unscathed. let’s just do this.”

“Oh, the bananas have nothing to do with it,” the man explained, “I’m just a bad conductor.”

by lake_wrangler
In French, I knew that joke, but with a bus driver... because "driver" and "Conducteur" are interchangeable... And he even used it at his trial, as his excuse (only one big pileup, not three repeated accidents): "Que voulez-vous que je vous dise? Je suis un mauvais conducteur..." ("What do you want me to say? I'm a bad driver/conductor"...")

And in the one I knew, they tried to fry him three times in a row, to no avail, at which point they released him and asked how he had managed, with the reply we all know... (He used the exact wording he had used in the trial)

by Alkarii
Wouldn't something that's a bad conductor be a resistor? In which case, it would heat up. A lot.

by TazManiac
Not exactly, if in his case the resistance was great enough, he'd be, for all intentions, an Insulator- No (or little) Current?, No Heat build up.

by Jabberwonky
In the not too distant future, extra-planetary mining is a profitable business. Automation had reached a degree where only minimal human intervention was needed. This led to the problem of a single human in robotic facilities going ‘space-bound’ from lack of contact. The solution to this problem was to assign at least two personnel at facilities where people were needed. Further study suggested that differing personalities should be stationed together to further the stimulation needed for overall good mental health.
With this in mind, the ammonia mines on Neptune were gifted with two men at one point, one with a penchant for puns, and a man with no sense of humor.
From the start, there were issues. John would make puns out of anything and everything, Martin would ignore the word play. But as time went by, John put more and more effort into his jokes, Martin would work harder at ignoring them.
Eventually, Martin couldn’t take it any longer. His efforts at holding in what became a hatred for Johns jokes eventually reached a point where he couldn’t hold back. John made that one joke too many and Martin exploded. He shouted and cursed at John, venting it all out of the place he’d been keeping his feelings and it didn’t stop for over ten minutes.
The silence was deafening when Martin finally stopped. He stood there, red faced, fists clenched in anger as he fought to bring his breathing back under control. John just stared at him for a full minute. He mumbled something about going out to one of the outlying facilities to check on the robot mining equipment and quietly left the main base.
Martin was ashamed, but still relished the quiet. He moved around the building doing the things that needed to be done without the distraction of Johns terrible jokes. He found the food tasted better without having to swallow the reactions to the wordplay. He rested better knowing that his first encounter of the morning wouldn’t leave him cringing. His work went better without the constant interruptions for some awful punchline.
But even paradise can get boring if nothing is happening, and so did life at the main facility. Martin, to his great surprise, found that after the first week he actually missed having John around. He tried to engage him in conversation when he sent in his reports, but John just passed on the necessary information and politely said goodbye.
By the end of the second week, he was actually lonely and wanting John back, bad jokes an all. Every attempt at trying to draw him into a conversation of anything other than work was politely rebuffed.
By the middle of the third week, Martin couldn’t take it. With no luck at trying to talk to John, Martin suited up and prepped a vehicle to go out to the facility where John was working. A three-hour drive across the frozen surface was broken up only by the site of the many robotic mining vehicles working the huge open pit of ammonia being cut into cubes and loaded onto the miners and rolled to the collection building where John had taken up residence.
The door to the vehicle storage slid up allowing him entrance as he rolled up to the building. He climbed down from it as he saw John, suited as he was against the harsh Neptunian atmosphere. The shook hands awkwardly, and Martin apologized for his behavior when they’d last been together. John accepted with a smile on his face and putting an arm around Martin’s shoulders led him towards the airlock leading inside.
As they passed a workbench, Martin noticed something there that looked out of place. There was an ice sculpture with a wire framework being built around it. He stopped and looked, taking in what was there.
Stepping away from John he studied the object. Made of the ubiquitous ice, was an exquisitely carved songbird, detailed down to the vanes in the feathers. It looked so real that you could almost imagine it blinking its eyes and opening its beak to break out in song. Around it was being woven an elaborate cage of the gold wire used throughout the facility stripped of its insulation.
Martin stared in wonder, the sculpting was the finest he’d ever seen with his own eyes, the metalwork on the cage above reproach. He was about to turn to John and congratulate him on the figure when his eyes suddenly went wide in surprise…then narrowed with rage.
Grabbing a wrench off the table, he turned and swung with all his strength, shattering the face of John’s helmet...

After two weeks of nothing but automated replies from the computer, a ship was sent out to investigate. They landed at the main facility and spent just a short time there verifying the logs to start the drive to the outlying facility.
They slowed as they neared the building, seeing someone standing out in the open, staring up into the deep black skies. They approached, carefully, on foot getting no replies from the man there.
They found Martin, the faceplate of his helmet open, his sightless eyes cast up, his arms wide frozen solid throughout.
They moved to the building, finding John there a look of surprise frozen forever on his face and they quickly deduced that Martin killed him and then walked out onto the icy plain and killed himself.
The lead investigator gave the job of inventorying the garage to one of the low level clerks and went inside to go over the logs here in hopes of finding the reason for Martins breakdown.
The clerk got started taking pictures and typing into his info pad all the items found and their relative positions to each other. He paused for a second and, like Martin, studied the detailed work on the sculpture before entering the item:
“One(1) Ammonia Bird in a Gilded Cage”

But I did see a homemade plywood sign, nailed to a telephone pole at a backroad crossroads, with the following spray painted onto it:

UPDATE:
THE LETTUCE IS A HEAD. TOMATOES, TURN RIGHT TO KETCHUP.

But I did see a homemade plywood sign, nailed to a telephone pole at a backroad crossroads, with the following spray painted onto it:

UPDATE:
THE LETTUCE IS A HEAD. TOMATOES, TURN RIGHT TO KETCHUP.

by lake_wrangler
While I know of the expression "a bird in a gilded cage", I fail to see how it works as a punch line for that joke. (I blame my French speaking upbringing, for that one...)

When I checked out that link, I found this one in the suggestions on the side...
All times are UTC-05:00
Page 3 of 13
Powered by phpBB® Forum Software © phpBB Limited
https://www.phpbb.com/