Forum rules
When two threads are posted for a day's comic, the thread posted first becomes the starting post. Please delete the second thread and add your post to the first thread. When naming the thread: Comic Name YYYY-MM-DD
Thanks guys! This keeps the forum nice and neat.
Post Reply
61 posts

This could go poorly for Oduya... Bud is NOT pleased.
Top

Yup, somebody is a little bit miffed.

We need to find out if she has a couple of muffins in the oven using her as an escape pod. Or refrigerator, depending on which movie franchise.....
"Imagination is more important than Knowledge" - Albert Einstein
"History doesn't repeat itself, but it DOES rhyme" - Mark Twain
"Always. Expect. Ninjas." - Syndey Scoville
Top

Bud definitely is not a happy camper in that last panel. The THUD in the other panel is way to loud. Bud does not weigh that much, even if she has the other two inside her pouch. She came down at terminal velocity and even though she would not splat I doubt she would have the kinetic energy to land as she did. Even super man didn't land that hard without a lot of extra help. lol.
Ambush questions are fun. Watching the mental impact of them as they distort, or crumble, opinions based on faulty logic.
Top

Yes. It also reminded me of a Terminator arrival, but Iron Man actually does the falling-from-above bit. I liked it; Paul doesn't get to do action scenes too often.

Poor Bud's having a bad day.
You should be reading the Wapsi Square Wiki.
Top

http://i.imgur.com/kp8te.gif
There he goes. One of God's own prototypes. A high-powered mutant of some kind never even considered for mass production. Too weird to live, and too rare to die.
Top

zachariah wrote:Bud definitely is not a happy camper in that last panel. The THUD in the other panel is way to loud. Bud does not weigh that much, even if she has the other two inside her pouch. She came down at terminal velocity and even though she would not splat I doubt she would have the kinetic energy to land as she did. Even super man didn't land that hard without a lot of extra help. lol.

I think you're mistaken here. Even without a couple of passengers inside, if her average density is roughly that of a human, she'd weigh as much as a couple of large cannonballs; she's at least as unyielding as one, and she came down with a relatively small contact/strike surface area (feet, hands, one knee).

If she was moving anywhere near terminal velocity (about 120 miles per hour) she'd have made a hell of a dent in the ground, hitting like that... quite unyielding. The soil in some desert areas is rather crusty (think "dried mud and natural cement") and would tend to shatter just as it's shown here.

(EDIT: a quick calculation for a weight of 100 pounds and a velocity of 100 miles/hour - probably conservative - works out to around 43 kilojoules of energy. That's the equivalent of around 10 grams of TNT, or a third of an ounce. Not a huge amount, but enough to make holes in things!)

Yeah, she's definitely unhappy... I don't think we've ever seen Bud look as mad as this, or in this way. I wonder if she was as attached to her tube-top, as Monica was to her expensive bra?

Been out of the loop for several days. Caught up to current events. I'm glad you guys remembered Bud's storage space, because until I read the posts here, I was fairly convinced we'd lost Katherine.

And yeah, Ms Acacia is about to have words with Senior Director Odoya.
Top

Remember that Bud's faceplant smashed out a pothole from just a fall down a flight of stairs, so the EPIC THUD is not too out of place.
Top

KnightDelight wrote:Now SDO will tell them to disregard the naked woman with cinder ash residue all over her, who is appearing in the distance walking towards them.

I'd say you nailed that one!
Top

Was trying to work up a new icon, but nothing i have will let me reduce it that far and still get anything resembling good results.

Here it is at working resolution: 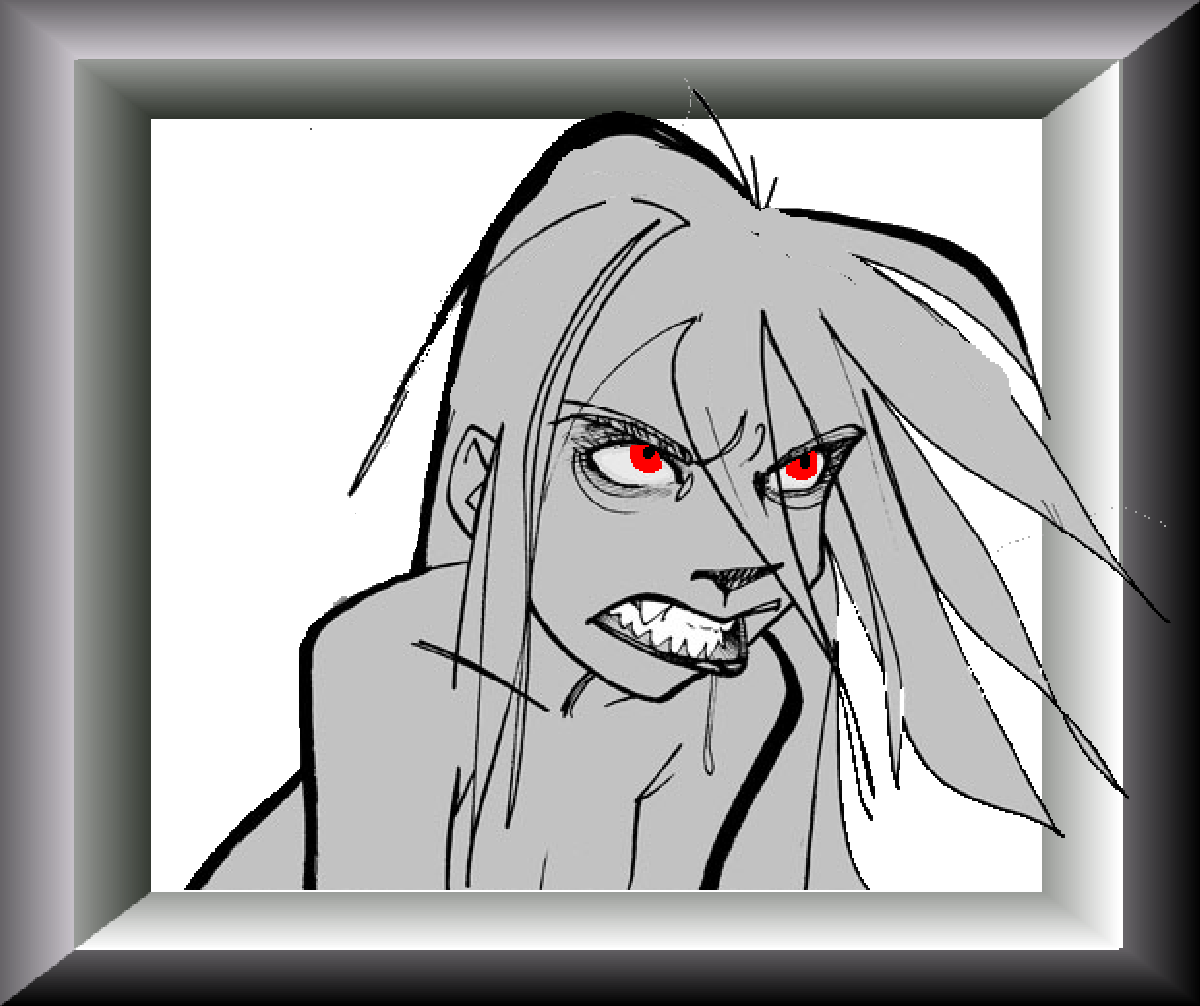 Here's hoping that Bud's inner storage compartment has a inertia dampening field effect to it... Without it, the effect would be like dropping from the 104th floor to the lobby in free-fall with a sudden stop at the bottom. Here's hoping that Bud had time to get Kath and Atsali in said compartment... because if she didn't, it would explain the look of utter rage on her face at losing them to SDO's thoughtless actions.

Either way, I'd say that we're about to witness an unstoppable force meeting an immovable object (Acacia's fist and SDO's face). Suffice it to say Bud isn't happy and is looking for blood. She hasn't been this angry in a very long time.

My question is, how much radioactivity was released in this 'meltdown' and could Kath and Atsali have survived it inside of Bud's compartment?
Last edited by DilyV on Tue Jun 11, 2013 1:16 am, edited 1 time in total.
You know that light at the end of the tunnel?

Here it is a bit smaller, actually:

I give her 9.5 for sticking the landing with great style. She lost a half point for not having her arms stretched out to her sides. But then she probably hasn't had all that much practice at this.
DANGEROUSLY UNDER-MEDICATED
If we are what we eat, then I'm easy, fast, and cheap
Top

KnightDelight wrote:She lost a half point for not having her arms stretched out to her sides.

Blame the censors for that.

Regarding payback: The way the Senior Director seems to swagger with supreme confidence, regardless of circumstances...even accounting for the Rage Of Acacia, I'm pretty sure Ms. Oduya is fully capable of countering whatever Bud throws at her.

"You don't need to always do that."